In British Columbia and Vancouver, flashing green traffic lights indicate a pedestrian-controlled light. According to the ICBC licensing handbook1, drivers should only proceed if the intersection is clear of pedestrians. The light will turn red if triggered by a pedestrian trying to cross the street.

It’s important to note that flashing or blinking green traffic lights do not mean the same thing everywhere. For example, in Ontario2, they were historically used to indicate protected left turns. As of 2022, this use is depricated. 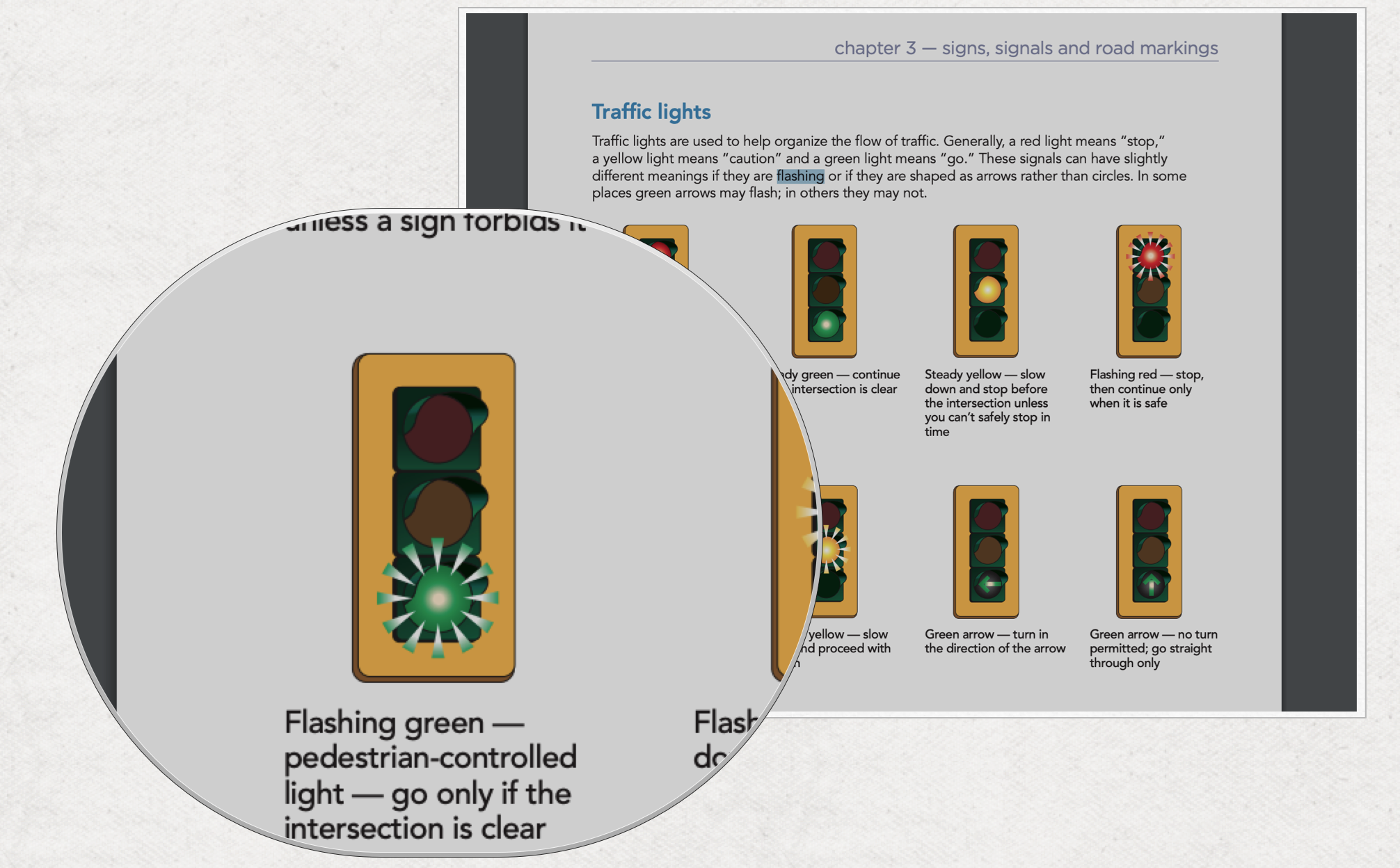 As a new resident moving from the US to British Columbia, I fully expected the traffic laws to be the same on either side of the border.

As it turns out, they’re not even the same between Canadian provinces — a fact that’s confusing when you travel to the area.

Flashing green lights mean the following in each part of canada and the US:

In the US and most of Canada, you’re unlikely to ever see a flashing green traffic light of any sort. In fact, the US traffic control authorities officially banned the use of flashing green lights as an equipment option back in 2009. I can only assume this was for the same reason you’re reading this article — they’re confusing!

To be clear, the confusion here is about blinking green “go” lights, not blinking turn arrows and other more specific and obvious traffic signals.

Traffic rule differences between BC and the US

Here are a few things I noticed immediately after moving to Vancouver, and wish I had known about prior to driving locally:

I’ve had locals go as far as to tap on my window and reprimand me on that last one! Overall, I’ve found the community here to be very serious about rules and regulations, so it’s best to follow them and not stick out as a typical rude American.